Vis has long been known to Croatians as one of the finest remaining examples of a truly unspoiled Dalmatian island. Now, for those in the know, it’s transforming into a superyacht hotspot where yacht-goers can enjoy a secluded stretch of crystal clear waters in privacy and serenity.

Vis is the island farthest away from the mainland and, with its location in the open sea, has served well throughout history as a military outpost. At around 90 kilometres square, it’s surrounded by smaller islands and islets such as Ravnik, Budikovac, Bisevo, Svetac, Jabuka, Brusnik and, the greenest of them all, Korcula.

The island was completely off limits to foreigners until 1949 and today you can still see the remnants of its past amongst Greek vessels, Roman baths and Baroque Austrian architecture. As Croatia gained its independence, the island gradually emerged on the map yet, remaining beautifully untouched, avoided the trappings of tourist development to earn itself a special place in the heart of Croatians, as well as a growing number of luxury yacht travellers.

This yachting crowd, who now frequent the harbour of Vis during its long summer season, have supported the development of some fantastic gastronomic establishments that line the waterfront. In fact, its local cuisine, wine and high-end restaurants are something that Vis has become revered for. Its waters are also a huge draw and provide some beautiful snorkelling opportunities as well as all manner of watersports.

Vis Town and Komiža are the main settlements on the island, the latter encompassing a slightly more bohemian feel with its laid-back ambience and friendly locals. It’s also home to the only nightclub on the island, the beachside Aquarius. But, other than this, a specific nightlife area is yet to develop.

Ancient Vis Town is the island’s original settlement and occupies the foot of a wide, harsh-shaped bay. Here you’ll find the scattered remains of a Greek cemetery, Roman baths and an English fortress, as well as a lively promenade and the fascinating Archaeological Museum in a magnificent Austrian fortress.

Want to start planning your dream superyacht charter which includes this charming island? Take a look at all superyachts for charter in Croatia.

Explore Other areas within Croatia

Not sure where to go? Let our itinerary suggestions inspire your own Vis bespoke charter. 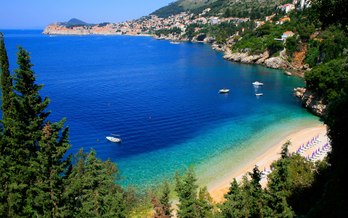 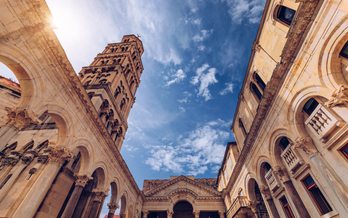 The Historical Hotspots Of Croatia8 Days 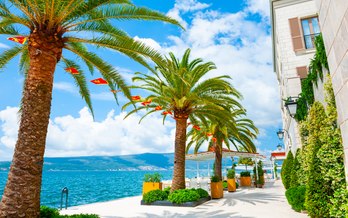 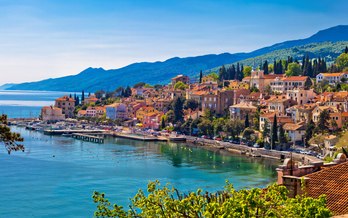 The gems of the Adriatic6 Days 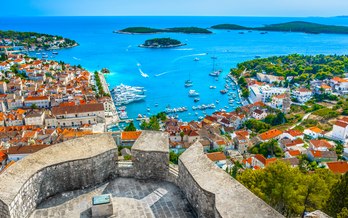 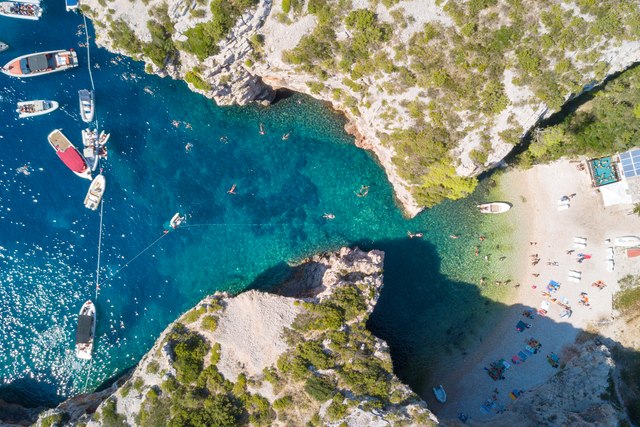