A diver's dream rich in history

The most southerly and by far the largest of the US Virgin Islands, St Croix is famous for its beaches, forests and luxury resorts, while it is also a prime destination for reef and wreck diving.

St Croix is a geographically diverse island, lying around 68km to the south of St Thomas. The distance from its sister islands means it sees fewer cruise ship visitors and has a more tranquil ambience, although St Croix does have a number of luxury resorts and golf courses dotted around its coastline.

The island has two main towns, Frederiksted, on the west coast and Christiansted on the north coast. Both settlements date back to the 18th century and are home to a wealth of impressive historical buildings. The Christiansted National Historic Site includes the imposing Fort Christiansvaern, built by the Danish colonists in 1749.

The smaller and quieter town of Frederiksted has also retained much of its colonial character, with pastel-coloured buildings from the 18th and 19th centuries. At the heart of the historic district is Fort Frederik, built on the seafront in 1752 as defence against pirates. It is now a museum.

Next to the fort, Frederiksted Beach is a popular spot for swimming, snorkelling and lounging on the soft golden sand. The nearby Pier, which juts out almost 500m into the Caribbean Sea, is also an excellent site for snorkelling, with a variety of tropical reef fish to be seen.

Just south of town you’ll find Sandy Point, the longest beach in the US Virgin Islands, stretching for more than 3km. It’s remote, often deserted and only open to the public at weekends, as it’s also an important turtle breeding site.

St Croix is one of the best places for scuba diving in the Caribbean, with an exceptional variety of sites around the coast suitable for divers of all abilities.

In Cane Bay, on the north coast, there are coral gardens close to shore teeming with marine life and divers can explore the famous Wall, where the ocean floor turns into a steep underwater cliff, dropping from around 12m below the surface to almost 1km. You’ll encounter turtles, eels, squid, parrotfish and, if you’re lucky, dolphins.

Butler Bay, north of Frederiksted, is the place to go for wreck diving, with the well-preserved remains of five ships lying at depths of between 15m and 30m below the surface. They are encrusted with coral and provide habitats for a variety of marine creatures.

For the best snorkelling experience on St Croix, head to Buck Island, off the northeast coast, where you can follow a marked underwater trail providing information about the rich marine life in the surrounding reef.

Discover Salt River Bay National Historical Park, near Christiansted, where you can see the beach where Christopher Columbus stepped ashore in 1493 and the remains of a 17th century French fort.

Salt River Bay is also a protected ecological preserve, and one of two bioluminescent bays on St Croix. It’s an awe-inspiring sight in the evenings, as bioluminescent microorganisms create sparkles of light across the water.

Explore Other areas within the US Virgin Islands

This is a small selection of the global luxury yacht charter fleet, with 3300 motor yachts, sail yachts, explorer yachts and catamarans to choose from including superyachts and megayachts, the world is your oyster. Why search for your ideal yacht charter vacation anywhere else? 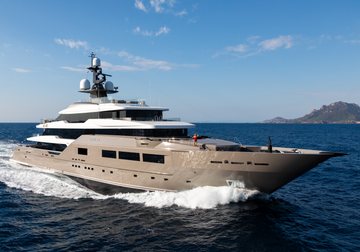 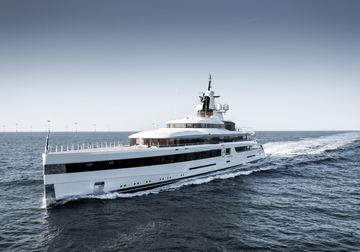 This is a small selection of the global luxury yacht charter fleet, with 3300 motor yachts, sail yachts, explorer yachts and catamarans to choose from including superyachts and megayachts, the world is your oyster. Why search for your ideal yacht charter vacation anywhere else?