The Complete Guide to Luxury Yacht Charters in Australia

The land of contrasts, Australia wows with its sheer scale and sublime scenery. One of the best ways to explore this extraordinary country is by luxury charter yacht, so we take a closer look at cruising its spectacular waters.

Luckily for luxury yacht-goers, life in Australia centres away from its harsh interior to the beautiful and spectacularly diverse coast. From world-class cities to awe-inspiring natural wonders, there is so much to discover on a private yacht charter.

Each season in Australia is suited to cruising a different region, making it a year-round charter destination, and an alternative to the yachting hotspots of the Mediterranean and Caribbean.

To help plan your Australian adventure, we have put together a guide on exploring five of the top cruising areas in Australia by luxury yacht. The only hard part will be deciding where to go.

Stylish and sophisticated, Sydney is an incredibly handsome city and this is mainly down to its dazzling harbour. With such good looks, Sydney’s waterways are also the reason why the city has flourished in recent years as the heart of Australia’s superyacht industry.

Synonymous with the city are the Sydney Opera House and the Sydney Harbour Bridge, and there is no better way to take in these iconic sights than from the comfort of a luxury yacht on an exclusive day charter, whether celebrating a special occasion or hosting a corporate function.

Day yacht charters are another popular option for those after ringside seats at Sydney’s harbour-side events. The famous New Year’s celebrations are followed by the Australia Day fireworks on 26th January and Boxing Day welcomes the yachting spectacle of the Rolex Sydney Hobart Yacht Race.

Visitors will be unable to resist the charms of the city and, once enticed ashore, there is a wealth of attractions to explore, from museums, art galleries and pretty parks to a vibrant foodie scene, upmarket waterfront bars and designer shopping.

But in contrast to this vibrant, cosmopolitan hub are 150 miles of meandering coastline, offering secluded coves, pristine beaches and national parks. It is well worth extending your stay and exploring the laid-back beach life and idyllic nature reserves within easy reach of inner Sydney.

Locations not to be missed are the sun-kissed shores of Sugarloaf Bay, Manly, Palm Beach and Cronulla Beach. While the natural estuary of Pittwater, the Royal National Park and the Ku-ring-gai Chase National Park are resplendent in wild beauty and an array of outdoor activities.

The best time to visit Sydney and its surrounds on a charter vacation is during the Australian summer, which runs from November to March and, for the ultimate wow factor, embark outside the Sydney Opera House at the Man o’ War steps.

One of the seven natural wonders of the world, the Great Barrier Reef is the largest coral reef on the planet and a regular entry on even the most discerning traveller’s bucket list. Thankfully, a burgeoning charter scene means exploring the natural wonder by luxury yacht is now possible.

The reef runs parallel to the Queensland coastline for 1,400 miles, from Bundaberg in the south to the tip of Cape York in the north, and is comprised of more than 3,000 individual reef systems, coral cays and picturesque islands.

Charter vacations to the Great Barrier Reef are ideal for those wanting to get back to nature and explore the fascinating underwater world of the Coral Sea, as well as bask in the cruising ground’s natural beauty and utter seclusion.

Departing from Cairns Marlin Marina or the Reef Marina at Port Douglas, yacht-goers can reach the inner reef within under an hour and be at the outer reef in time to watch the sunset.

Diving and snorkelling opportunities are, of course, rife with Ribbons Reef, Dynamite Pass, Cod Hole and Heron Bommie among the top sites. To make the most of your experience, ensure your charter yacht is equipped with snorkelling and scuba diving equipment.

As well as more than 1,500 species of fish, the rainbow-coloured reef is also home to sea turtles, reef sharks, rays, dolphins and migrating minke whales. While, deserted islands such as Lizard Island and the Hope Isles, enable you to stretch your legs or unwind on golden sand beaches.

Australia’s winter - between May and September - is the best time to cruise the reef, and among the charter yachts in the region are the 35m/115ft motor yacht SPIRIT, the 35m/113ft motor yacht DREAMTIME and the 33m/108ft motor yacht ‘Flying Fish’.

Made up of 74 islands, the Whitsundays are the ultimate Aussie paradise. Not only is the scenery postcard-picture perfect, but the warm, turquoise waters offer the best sailing in the Southern Hemisphere and, thus, the archipelago makes for a dreamy luxury yacht charter destination.

Only five of the islands are inhabited and the vast majority are designated national parks. Plus, located off the central Queensland coast, the Whitsundays form part of the Great Barrier Reef, so finding a secluded slice of island paradise is as easy as accessing world-class dive sites.

Charterers can board their luxury yacht from Abel Point Marina at Airlie Beach on the mainland or fly into Hamilton Island – the largest and most developed island of the Whitsundays – and access the archipelago from here.

Regularly topping polls of the world’s best beaches is Whitehaven Beach and this three-mile-long stretch of brilliant white, silica sand is found along the south east coast of Whitsunday Island. For unmissable views, head to Tongue Point and soak up the beauty of Hill Inlet.

Not only is the scenery postcard-picture perfect, but the warm, turquoise waters offer the best sailing in the Southern Hemisphere

Another iconic sight in the Whitsundays is Heart Reef, a stunning composition of coral that, as its name suggests, is naturally formed in the shape of a heart. Located in Hardy Reef, the natural wonder is best experienced from the air by seaplane or helicopter.

Elsewhere, on Hook Island, Narra Inlet, Manta Ray Bay and Maureen’s Cove make for idyllic spots, and the scores of other islands serve as destinations for beach time, bushwalks or simply as a backdrop to a scenic mooring.

Similar to the Great Barrier Reef, the most suitable time to visit the island-chain is from May to September. Charter yachts available here include Sunseeker’s 25m/83ft motor yacht ALANI and the 37m/121ft sailing yacht BLISS.

Although its charms are more subtle than those of its showy northern sister, Sydney, Melbourne is a city that rewards inquisitive luxury yacht-goers. From its historic arcades to the surrounding coastal areas, there are no end of hidden gems to uncover when cruising in Melbourne.

Arty, scenic and cosmopolitan, Melbourne is the capital of Victoria and sits in the 164-mile-long horseshoe-shaped Philip Bay. From the vantage point of a superyacht, champagne can be sipped while taking in the breath-taking cityscape and glamorous waterfront stretch of Southbank.

As the home of the Australian Football League (AFL), the Australian Open and the Australian Grand Prix, Melbourne has built a reputation as the country’s sporting capital, and day or event charters can, of course, be arranged around these fixtures.

From its historic arcades to the surrounding coastal areas, there are no end of hidden gems to uncover when cruising in Melbourne

A longer vacation to Melbourne allows time to visit the beautiful Mornington Peninsular. Sandy bays and rugged ocean coastlines offer varied landscapes, and activities range from swimming with wild dolphins to venturing to the wineries of the hinterland.

Spot fairy penguins, koalas and Australian fur seals, meanwhile, on Phillip Island, located just 500 metres off the coast, or adventure westwards and experience the splendour of the Great Ocean Road coastline, renowned for the stunning limestone stacks known as the Twelve Apostles.

To see Melbourne and its surrounds at their finest, undertake a yacht charter in the city between the summer months of November and March. Guaranteed to suit the needs of your party is the 24m/79ft motor yacht PEARL.

It may be the least explored of Australia’s superyacht destinations, but Kimberley is well worth the visit. This is especially true for charterers looking to get off the beaten track as the rugged region is one of the world’s last wilderness frontiers.

Stretching across the entire north-eastern corner of Australia, Kimberley is reached via the coastal outback town of Broome. Arrive in style on a helicopter as your yacht awaits set against the dramatic backdrop of the Horizontal Falls.

As one of the world’s last wilderness frontiers, Kimberley is perfect for charterers looking to get off the beaten track

Native mammals such as rock wallabies, quolls and possums also call Kimberley home, there are fantastic fishing opportunities at Berkeley River Gorge and the King George, and the sublime wonders of Montgomery Reef demand exploration.

The Kimberley landscape has been used as a canvas by Aboriginal artists over the past 40,000 years. Hundreds of rock art sites are found along the coast, with nearly every bay and island telling a compelling story of the struggle of early explorers, pioneers and pearlers.

The most suitable time to cruise in Kimberley is between May and September, and the crowing yacht of the region is the 35m/115ft motor yacht PARADISE from Horizon shipyard.

For more details on planning a yacht charter in Australia, speak to your preferred charter broker.

Alternatively, browse and compare all luxury yachts available for charter in Australia. 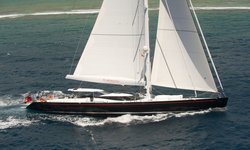 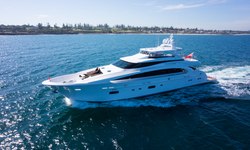 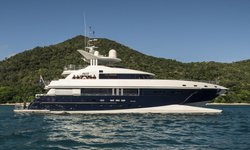 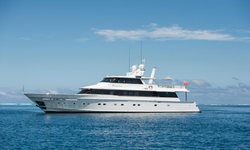 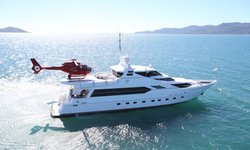 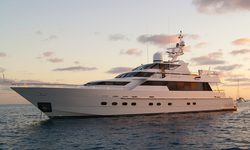 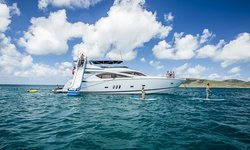 This is a small selection of the global luxury yacht charter fleet, with 2996 motor yachts, sail yachts, explorer yachts and catamarans to choose from including superyachts and megayachts, the world is your oyster. Why search for your ideal yacht charter vacation anywhere else?

This is a small selection of the global luxury yacht charter fleet, with 2996 motor yachts, sail yachts, explorer yachts and catamarans to choose from including superyachts and megayachts, the world is your oyster. Why search for your ideal yacht charter vacation anywhere else?