The NZ Millennium Cup is a highly regarded sailing regatta for superyachts and is one of the most anticipated regattas of the sailing calendar.

2015 will see the NZ Millennium Cup contested as part of the Bay of Islands Sailing Week in January. The link up between the two events was announced by Peter Montgomery at the prize-giving for the 2014 regatta on Friday 24 January.

Peter Busfield, CEO of the New Zealand Marine Export Group, which hosts the New Zealand Millennium Cup, believes that creating a dedicated superyacht race series within the Bay of Islands Sailing Week gives superyacht owners a brilliant opportunity to enjoy this increasingly popular regatta in one of the country's most attractive and popular marine playgrounds. “For owners, guests and crew, the opportunity to sail a series of five races across three days in their own superyacht division within the well-run Bay of Islands Sailing Week regatta will be a lot of fun and have a real Kiwi vibe,” he says.

As has become tradition, the NZ Millennium Cup will commence with a glamorous cocktail party incorporating a briefing for all participating yacht captains and owners in the Royal New Zealand Yacht Squadron. Running for three days, the regatta is a popular event that attracts a lot of interest each year

The regatta is a mixture of passage and harbour races that take place in the Huraki Gulf and the event is set to become the top superyacht regatta in the South Pacific, with more and more yachts attending the region each year.

The Millenium Cup is raced to the International Super Yacht Rule, allowing each and every participating yacht to have an equal chance to win. This creates a wonderfully competitive atmosphere, providing witnesses with an enthralling and exciting race to watch.

The regatta’s outer race courses offer deep water, great breezes and the splendour of racing past beautiful coves and islands in the third week of January, the height of the New Zealand summer.

View yachts available for charter at the NZ Millennium Cup

This is a small selection of the global luxury yacht charter fleet, with 3160 motor yachts, sail yachts, explorer yachts and catamarans to choose from including superyachts and megayachts, the world is your oyster. Why search for your ideal yacht charter vacation anywhere else? 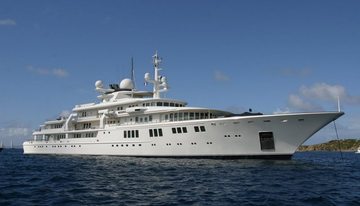 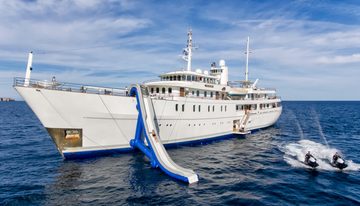 This is a small selection of the global luxury yacht charter fleet, with 3160 motor yachts, sail yachts, explorer yachts and catamarans to choose from including superyachts and megayachts, the world is your oyster. Why search for your ideal yacht charter vacation anywhere else?