Valeria yacht NOT for charter*

The  44.2m / 145' custom Motor yacht 'Valeria' was built by Feadship in Netherlands at their Aalsmeer shipyard , she was delivered to her owner in 1975 and last refitted in 2019. Previously named Hannibal, her luxurious interior was designed by Pierre Tanter.

Valeria's interior configuration has been designed to comfortably accommodate up to 12 guests overnight in 6 cabins. She is also capable of carrying up to 9 crew onboard to ensure a relaxed luxury yacht experience.

Valeria yacht is equipped with an ultra-modern stabilization system which reduces roll motion effect and results in a smoother more enjoyable cruising experience underway. This luxury yacht is also fitted with 'at anchor stabilisers' which work at anchor, increasing on-board comfort when the yacht is stationary, particularly in rough waters.

Powered by 2 Caterpillar (D34S/V12 Turbo) 725hp diesel engines and propelled by her twin screw propellers Motor yacht Valeria is capable of a top speed of 15 knots, and comfortably cruises at 13 knots. With her 53,500 litres fuel tanks she has a maximum range of 5,000 nautical miles at 10 knots. Her water tanks store around 16,325 litres of fresh water.

Originally built for for Mt. Roy Carver from the USA this yacht was the first in the world with facilities for landing a helicopter on deck. She was later sold in 1978 and became the state yacht for the Libyan government. In 2005 she was purchased by an Isle of Man company and refitted in Southampton in the UK. The full-scale refit included the lengthening of her hull from 38m to 44.2m, re-organisation of sundeck on the upper deck and sky lounge with jacuzzi on flybridge deck. Installation of Zero speed stabilizers, new generators and new climate-conditioning systems.

Motor yacht Valeria is currently not believed to be available for private Charter. To view similar yachts for charter, or contact your Yacht Charter Broker for information about renting a luxury charter yacht. 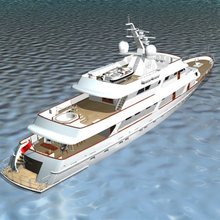 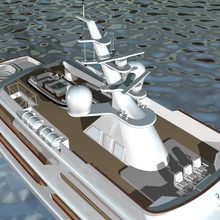 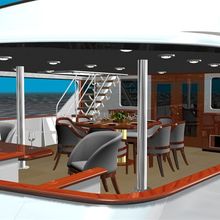 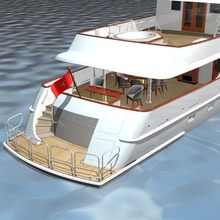 Yacht Disclaimer
The luxury motor yacht Valeria is displayed on this page merely for informational purposes and she is not necessarily available for yacht charter or for sale, nor is she represented or marketed in anyway by Superyacht Network. This document is not contractual. The yacht particulars displayed in the results above are displayed in good faith and whilst believed to be correct are not guaranteed, please check with your yacht charter broker. Superyacht Network does not warrant or assume any legal liability or responsibility for the accuracy, completeness, or usefulness of any information and/or images displayed as they may not be current. All boat information is subject to change without prior notice and is without warranty.

Here are a selection of superyachts which are similar to Valeria yacht which are believed to be available for charter. To view all similar luxury charter yachts click on the button below. 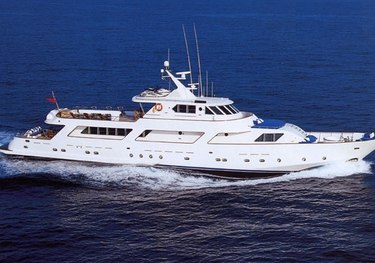 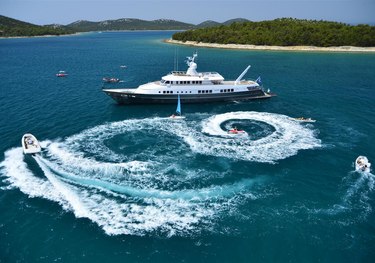 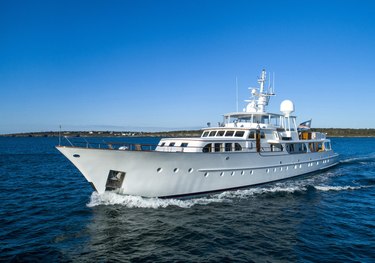 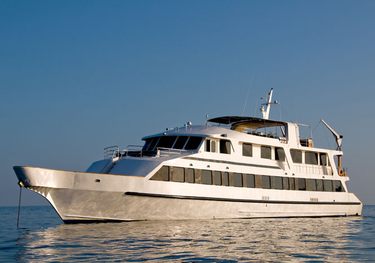 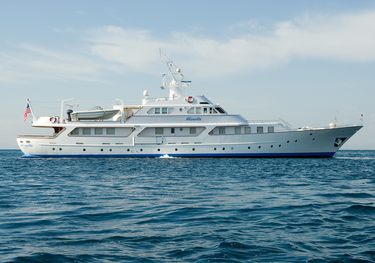 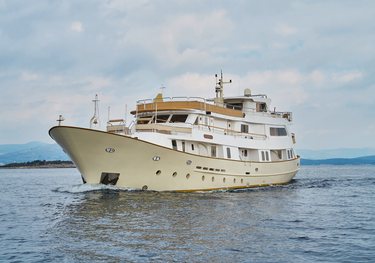 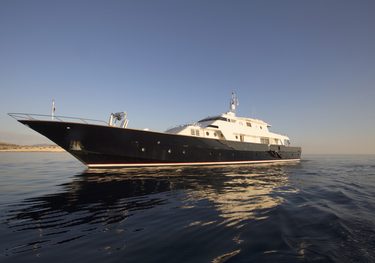 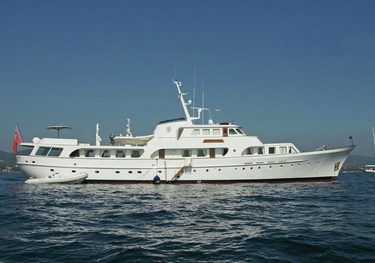 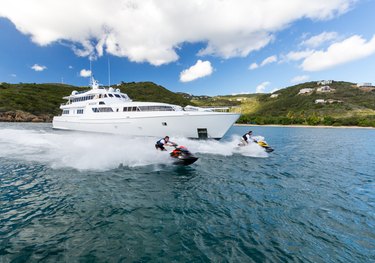