The Island of Pirate Legend

With a tiny population of less than 100, the single inhabited island of the Ragged Range is completely charming. Despite the small population there have been a number of swashbuckling adventures on the picture-perfect island.

Blackbeard's Bay and Well
A Church With A Trinity Of Faiths

The small population of Ragged Island makes this island one of the smallest inhabited islands in the Bahamas. Although part of a much larger chain stretching over 100 miles, Ragged Island is considered to be a quaint settlement which is often left to its own devices.

Once upon a time Ragged Island had a bountiful population of around 4000. However, as other islands in neighboring chains, such as the Exumas, began to develop, the residents left the island in search of new adventures in the wider world. Those that remain on the island today are mostly descendents of the original settlers who were the natives here.

The one town on Ragged Island is Duncan Town. Located in a bay of shallow water the town is easily accessible and has all you need to stock up for your onwards journey through the Ragged Range. The locals make a delicious treat using locally sourced produce and can tell you some history about the island over a cocktail or two.

When exploring the island make sure you visit the lighthouse. Offering stunning views of the island, the panoramic scene from the top of the lighthouse will make you glad you climbed all those stairs. Staying on the land make a stop at the church on the island. With three separate religions on the island, this single church here is used to bring all faiths together in one big community. When the time comes to join together as a congregation, religious segregation does not exist here

Whilst in the area, be sure to have a picnic overlooking the beach before boarding your tether to visit some caves. Dotted along the coastline of the island you will come across a collection of caves and coves, varying in size. Believed to be part of pirate legacy, it is thought that these caves were used as hideaways and may have once seen some treasure. A particular pirate destination to see is Blackbeard's Bay and Well.

Ragged Island is just one island in the stunning Ragged Range archipelago. Make the most of the area by comparing all the private superyachts for Bahamas yacht charters and start planning your vacation today. 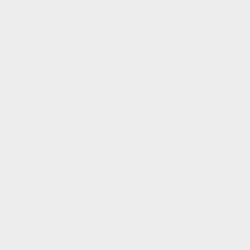